For people with Parkinson’s disease, constant stiffness, issues with balance and posture are daily challenges to overcome. As we gear up for national physical therapy month, I thought we could take a look into one of the more advanced applications of the profession.

Parkinson’s disease (PD) is a neurodegenerative brain disorder that develops gradually. With PD, the neurons in the area of the brain responsible for producing an important brain chemical, dopamine, deteriorate. Dopamine is essential for the communication between the two parts of the brain that are responsible for smooth and balanced muscle movement. When these neurons are destroyed and dopamine is not being produced, the result is a loss in the ability to control your bodily movements. 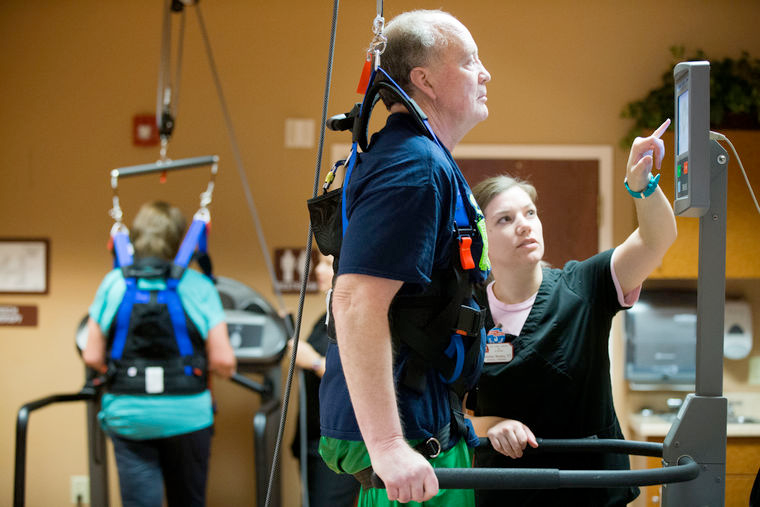 Although there is conflicting research (which we get into later) on the subject, many people with Parkinson’s utilize physical therapy in order to better control their tremors or to re-train their natural gait. Mostly, this involves mild exercise and repetitions of certain movements that can help improve mobility and balance.

General exercise can also help to deliver oxygen to parts of the body that may have been affected by a change in the presence of certain neurotransmitters as a result of Parkinson’s disease. Additionally, with regular exercise through physical therapy, individuals with the disease have a better chance of reducing symptoms of depression while building mental sharpness through memory-based activities.

The studies are ongoing, but one promising type of activity for those with Parkinson’s disease includes what are called “random practice” exercises. These activities encourage people to shift their tempo, direction, or their current movement in order to develop dynamic reactions to real environments. Some of the exercises that make use of this technique can include: 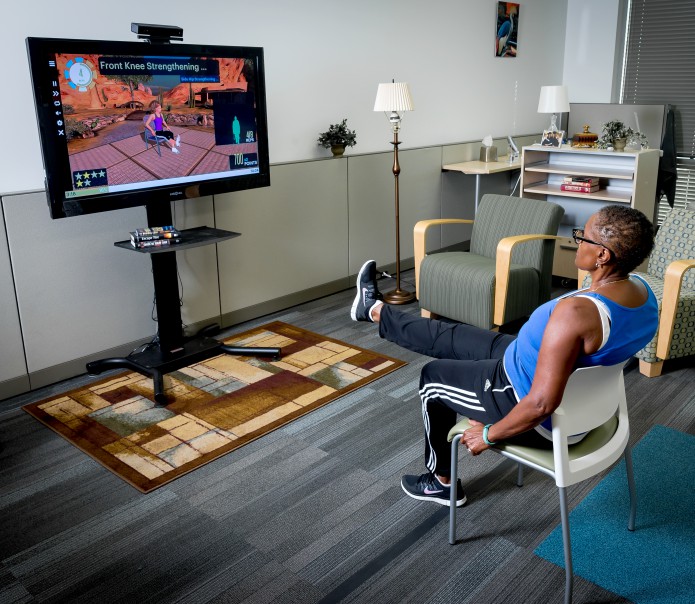 With the advent of recent technologies and motion tracking software, a particularly fun variety of exercise has emerged through Microsoft’s Kinect. These gaming systems have actually been shown to “facilitate complex task practice, enhance sensory feedback and action observation in novel, relevant and motivating modes of exercise which can be difficult to achieve with standard physiotherapy for people with Parkinson’s disease.” After the study concluded, 7 out of 9 participants said they could picture themselves playing the game at home which, something that could make their physical therapy sessions more effective.

And while macro movements can be challenging, it’s the tremors that can make smaller tasks more cumbersome than they need to be. Things such as buttoning a shirt, writing, and even eating can amount to added frustrations and stress physical therapists are constantly working to reduce.

To help at least one of these challenges, a company called Liftware has developed what very well may be a revolutionary device for people with Parkinson’s disease. Their self-stabilizing tableware allows people with severe tremors to actually enjoy their food without the mess. The results are truly amazing:

New Studies in an Evolving Profession

Recently, studies published in the journal JAMA Neurology seem to suggest that people with mild-to-moderate Parkinson’s may not benefit much from physical therapy as the disease is progressing. This study looked at 762 participants who had undergone four 58-minute sessions over the course of 8 weeks, concluding that there was no significant improvement when compared to the control group.

However, as most physical therapists know, progress can take many months or even years before real improvements are seen. Not only that, but everyone has their own specific needs and are at different stages in their physical therapy, so it’s about working with individuals, not numbers or statistics.

So as we gear up for National Physical Therapy Month in October, remember that you can make the difference against the odds in each life you touch!