7 Foods to Avoid While Traveling

7 Foods to Avoid While Traveling

When you’re a jet setter, food is one of the most amazing parts of the trip (at least for me anyway.) But, when you’re constantly bopping around from place to place there’s a lot of obstacles that can end up making us sick, messing up our beach bodies, or just simply a waste of time or money when we could be sinking our teeth into something that actually is worth writing home about. Although sampling new savory dishes is an exciting adventure, there are some basic guidelines that you should stick to in order to make the best out of your eating and drinking while on-the-go. Below we’re going to take a look at 7 foods to avoid while traveling!

Foods to Avoid While Traveling

Although you’re likely not going to get sick from drinking H2O that comes straight from the faucet in the U.S., water in different locations can have a lot of possible problems. Even when locals are able to drink the water doesn’t mean that it’s necessarily okay for you to stomach it without getting sick. The locals surely are immune to the pathogens that could potentially turn your stomach or leave you bathroom-ridden. Plus, ice cubes are known to be full of bacteria or mold. It’s best to stick with bottled water when you’re out and about.

For me, buffets are my kryptonite. It’s hard for me to see a table filled to the brim with unlimited General Tso’s, fried rice, and that weird chicken on a stick without caving in and pigging out hardcore. When I’m traveling the urge to indulge is a million times more extreme. Instead, opt for a high protein meal that will help you avoid those late-night cravings that lead you to on the dangerous road heading to Pizza City late at night. Those late-night snacking sessions will come back to haunt you.

This one we’ll give an exception to. It’s not actually a food, but it’s still something to avoid. Not only is alcohol terrible for your body and can make you just feel like a groggy mess, but it can absolutely sabotage any plans of eating healthy, too. If you’re trying to unwind, stick to just one or two drinks. Drinking more than that will make you think that ordering a side order of greasy mozzarella sticks makes sense when normally it would definitely be a no-no. Additionally, the dehydration from drinking the hard stuff can make you feel like crud. So, take it easy on those wild nights out, you’ll thank me later. 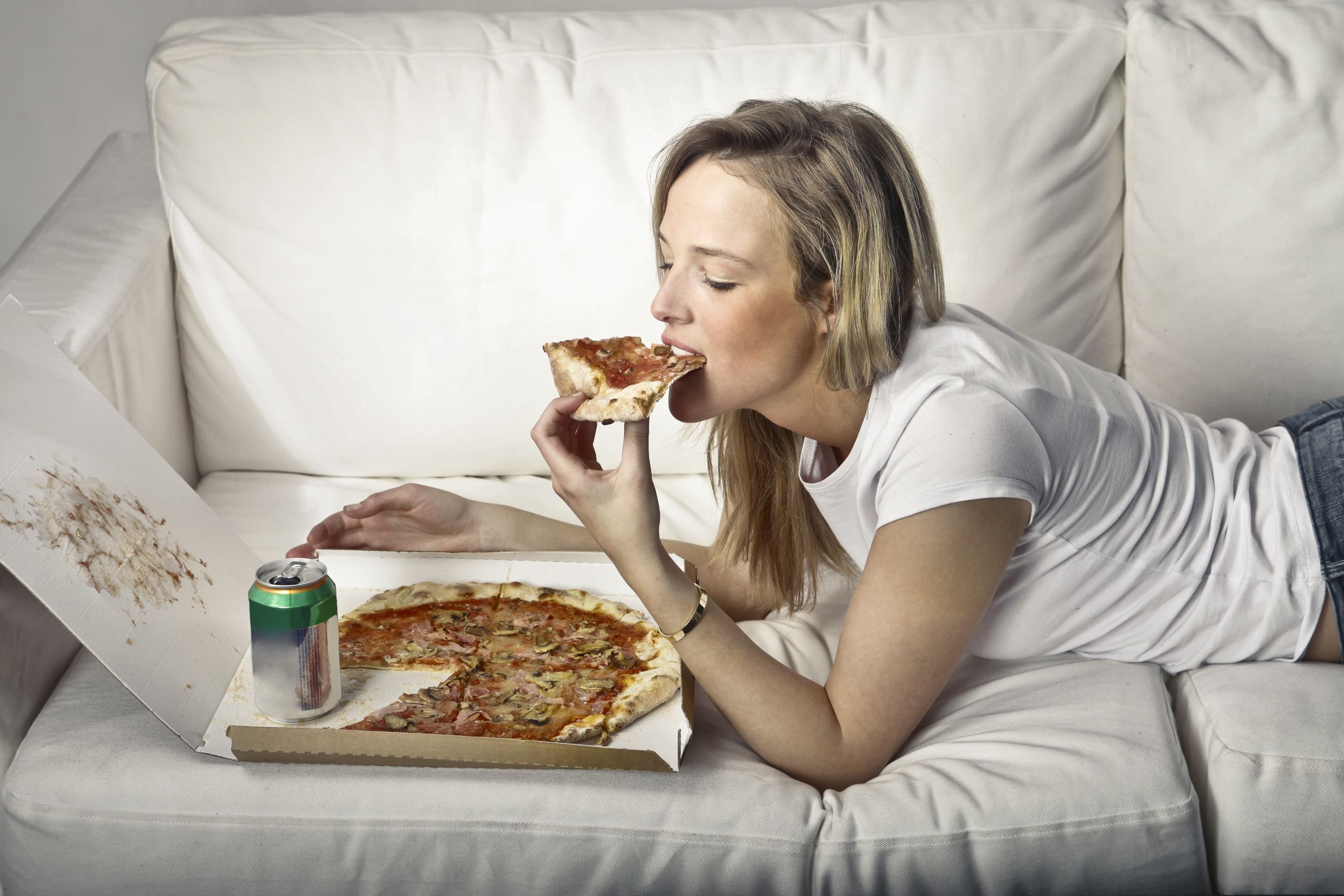 When you’re traveling, it’s likely that you’ll be eating out a whole lot. Unfortunately, that means that you’ll also be unsure of the nutritional content of that stuff you’re shoving in your mouth. If you’re not willing to completely forgo restaurant completely, then try cutting it down to maybe one a day maximum. Additionally, try to only eat half of your meal. That way, you’ll have leftovers and not be digesting all that extra caloric content you probably don’t need.

When it comes to foods to void while traveling, this one is definitely one to shy away from. Nobody likes that bad halitosis so when you’re traveling and meeting new people, so skip that extra garlic shrimp scampi before boarding the plane. Not only does it cause that nasty breath but it can get absorbed into the bloodstream causing bad odors as well. Yuck.

Free Bread and Other Things

If you’re waiting on your entree feeling absolutely famished, it’s likely that the free bread or chips and salsa are calling your name. But, avoiding the free munchies at your table will make your meal tastier and your waist slimmer.

You’re in a new place. Why eat the mundane and cookie-cutter foods you can find anywhere when you could ask around and chow down on a local favorite? When it comes to foods to avoid while traveling, put down the greasy fast food and enjoy something made from scratch.

What are some other foods to avoid while traveling? Let us know in the comment below!